Live at Levitation : The Black Angels 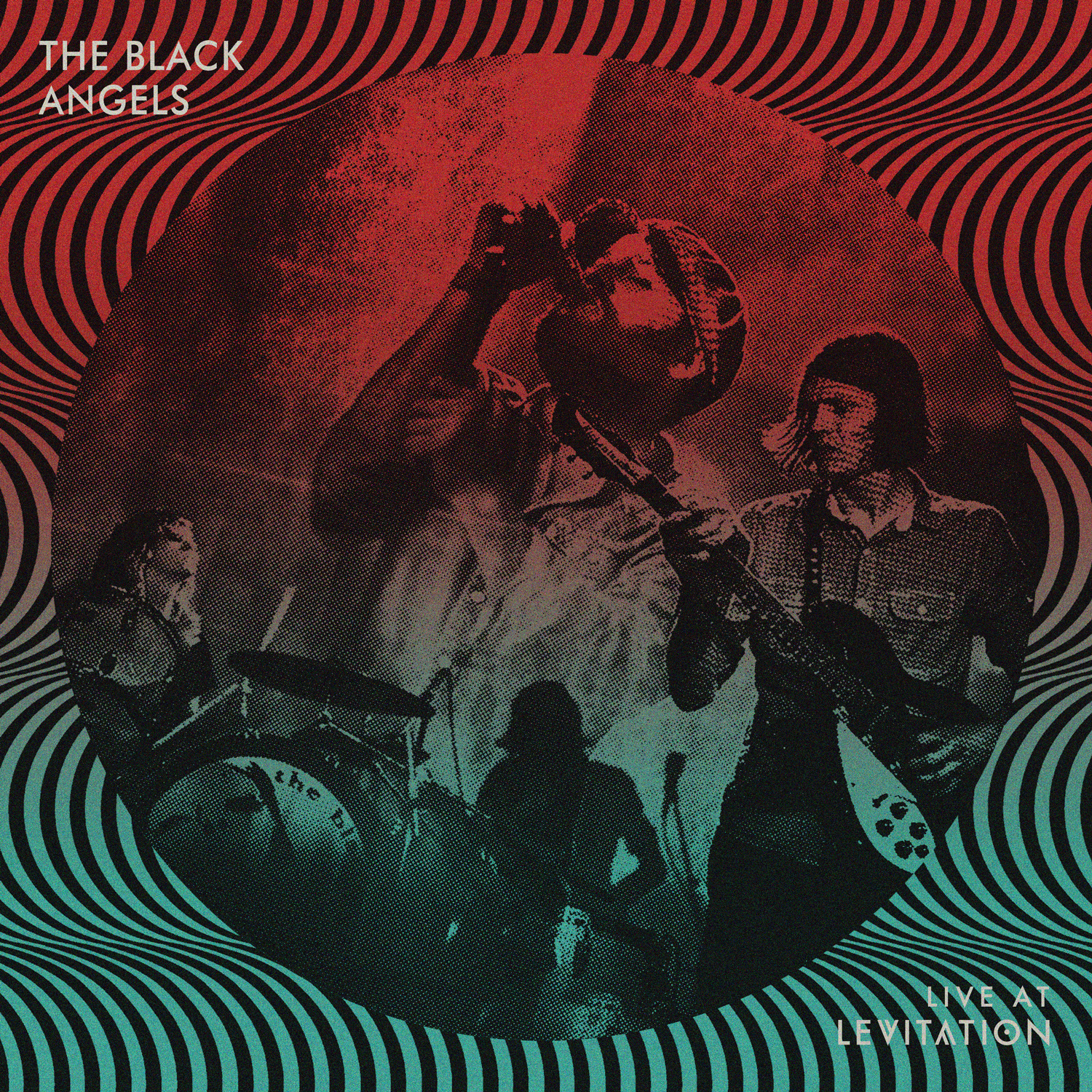 LIVE AT LEVITATION : THE BLACK ANGELS

The Reverberation Appreciation Society is proud to announce the second entry of its Live at Levitation series with festival founders -- The Black Angels.

The artists and sets showcased on Live at Levitation have been chosen from over a decade of recordings at the world-renowned event, and documents key artists in the scene performing for a crowd of their peers and fans who gather at Levitation annually from all over the world.

The Black Angels - Live at Levitation sees its release March 26 via The Reverberation Society on vinyl and digital formats. The LP has been given deluxe treatment, with three mind melting vinyl options available exclusively through the Levitation webstore, plus two Indie Store exclusive versions: one available at your favorite record stores in the USA and Canada, and one for the UK and Europe. All 5 vinyl pressings are available now for pre-sale here: 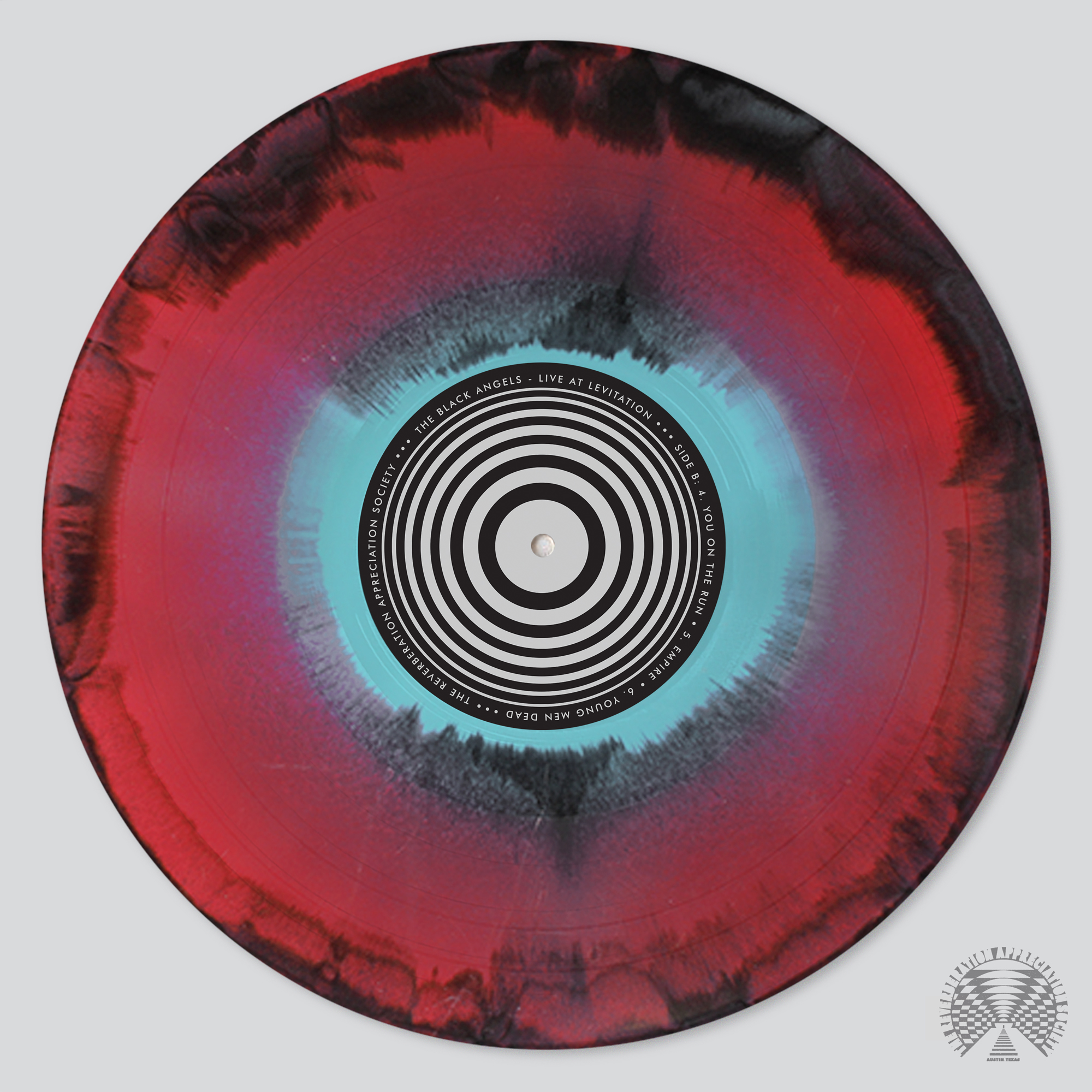 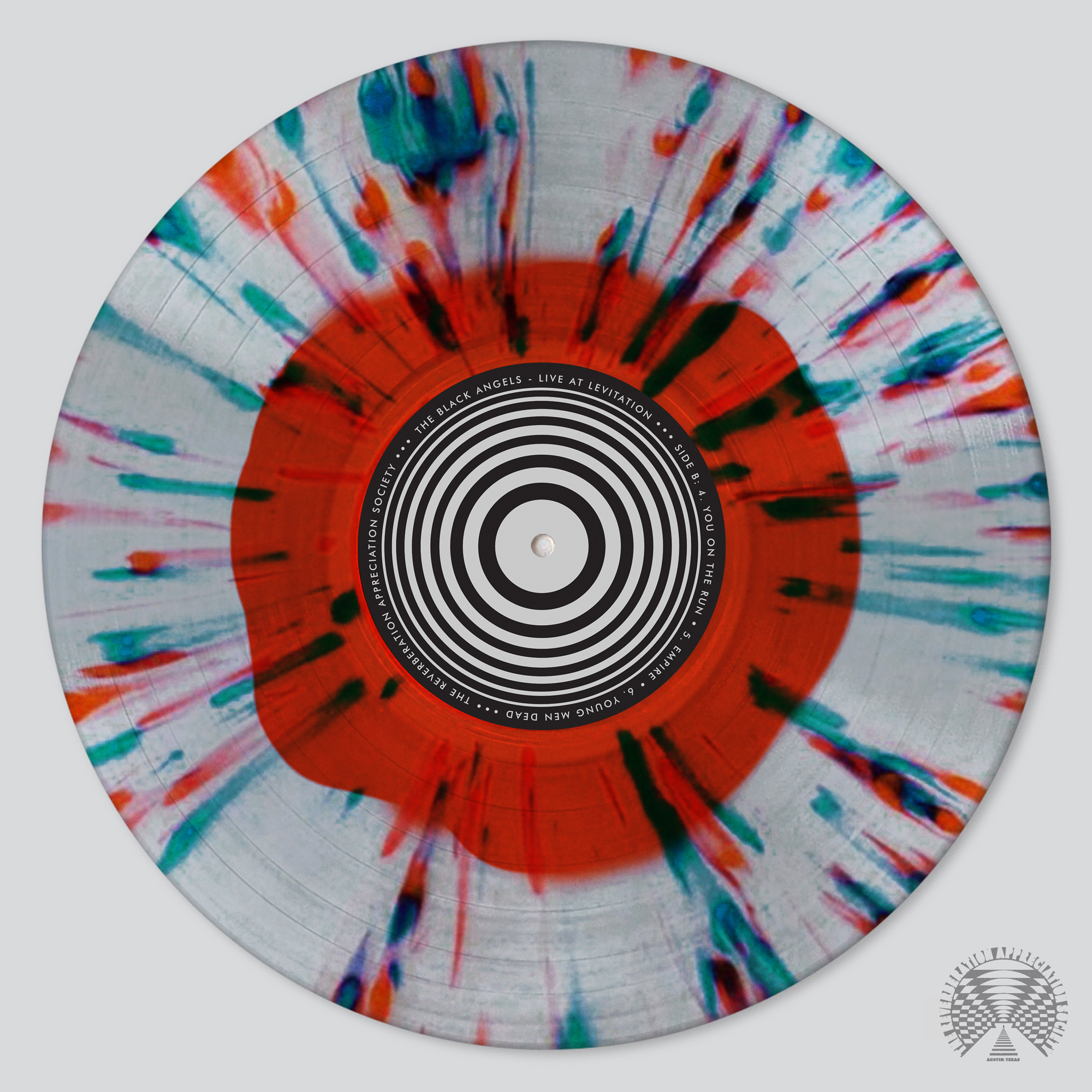 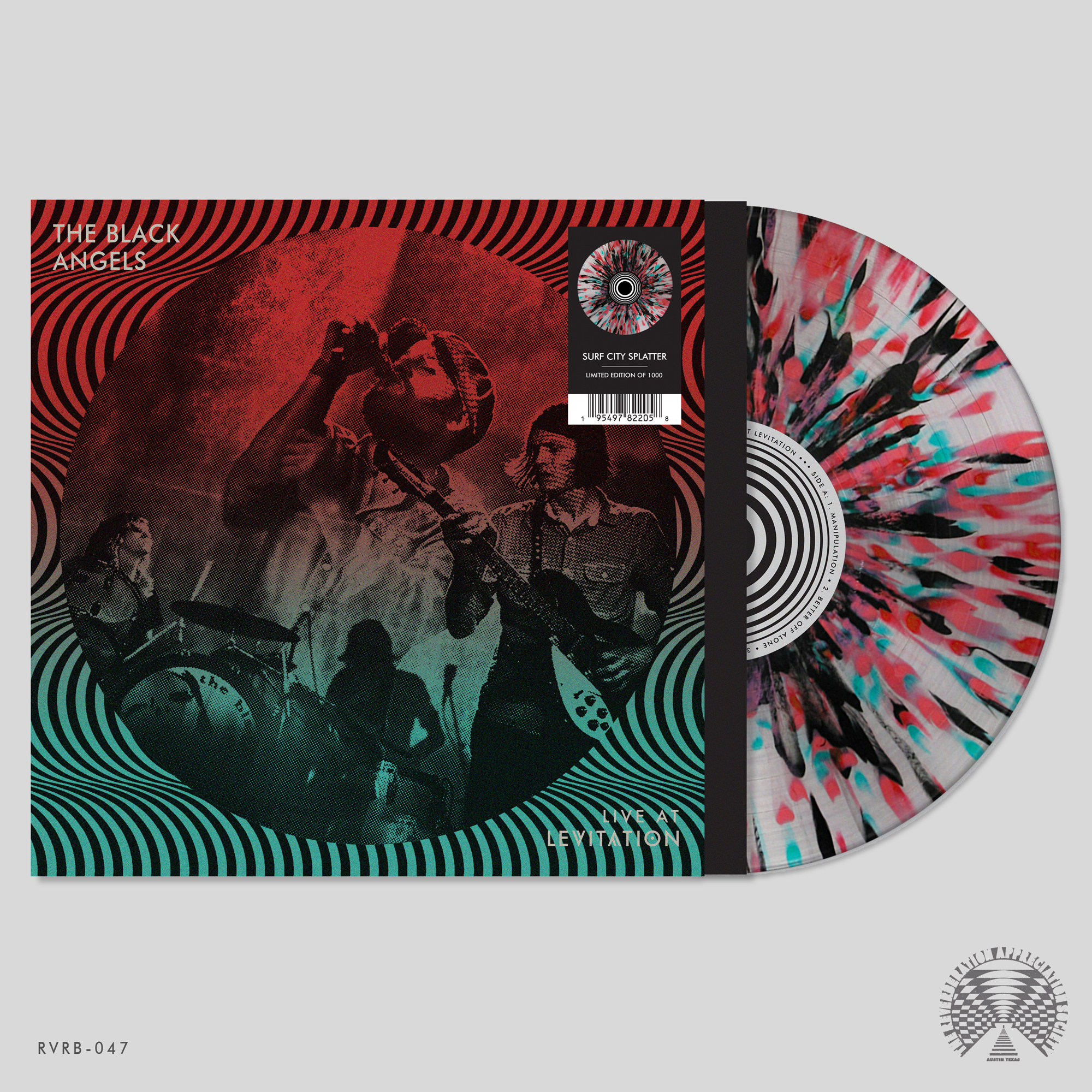 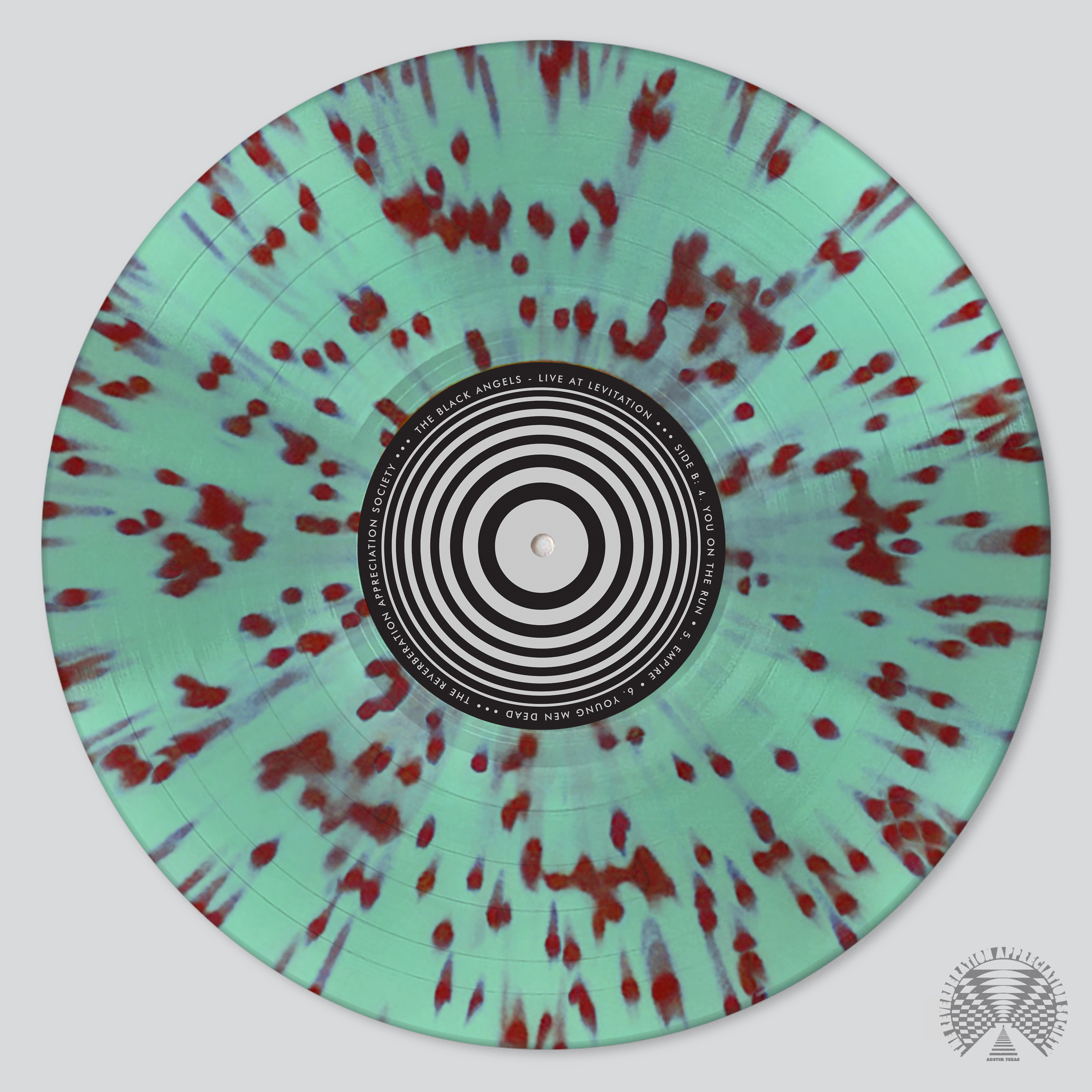 Get a taste of the LP with a live cut of “Manipulation”, filmed at Austin’s Seaholm Powerplant and captures a hypnotic performance and collaboration with sitarist Rishi Dhir. Watch and share below.

Levitation (formerly known as Austin Psych Fest) began as a simple idea in a Black Angels tour van in 2007 -- let's invite all our favorite bands and all our friends, for our version of a music festival.

The first Austin Psych Fest was held in March 2008, and expanded to a 3 day event the following year. From there, the festival quickly developed into an international destination for psychedelic rock fans, with lineups spanning the fringes of indie rock, from up-and-comers to vintage legends, and capped off with headlining performances from The Black Angels each year. The Black Angels and Levitation helped spark a movement, inspiring the creation of similar events across the globe and a burgeoning psych scene that would soon ignite.

“Austin’s importance as the breeding ground for psych is finally on people’s radars thanks to Levitation.” – The Guardian

“Austin Psych Fest has developed from a 10 band bill of like-minded acts in a small venue, to a 3-day celebration of the finest mind-expanding sounds currently being made.”  – Consequence of Sound

“The annual Austin Psych Fest is becoming the All Tomorrow’s Parties of the South… with a lineup that traces a new psychedelic era.” – The Austin Chronicle

“Each year we get to see our friends and music community from around the world gathered in Austin, and we've been able to share the stage with many of our music heroes. Playing at Levitation is like playing at the psychedelic Olympics, and everyone walks away with a gold medal.” – The Black Angels’ Alex Maas

The Black Angels - Live at Levitation Track Listing:
SIDE A
Manipulation
Better Off Alone
Surf City

SIDE B
You On The Run
Empire
Young Men Dead
Tag: Live At Levitation, RVRB, The Black Angels